Free Shipping on orders over $100 within Continental US! Shop Now.

14 Worst Floods in US History 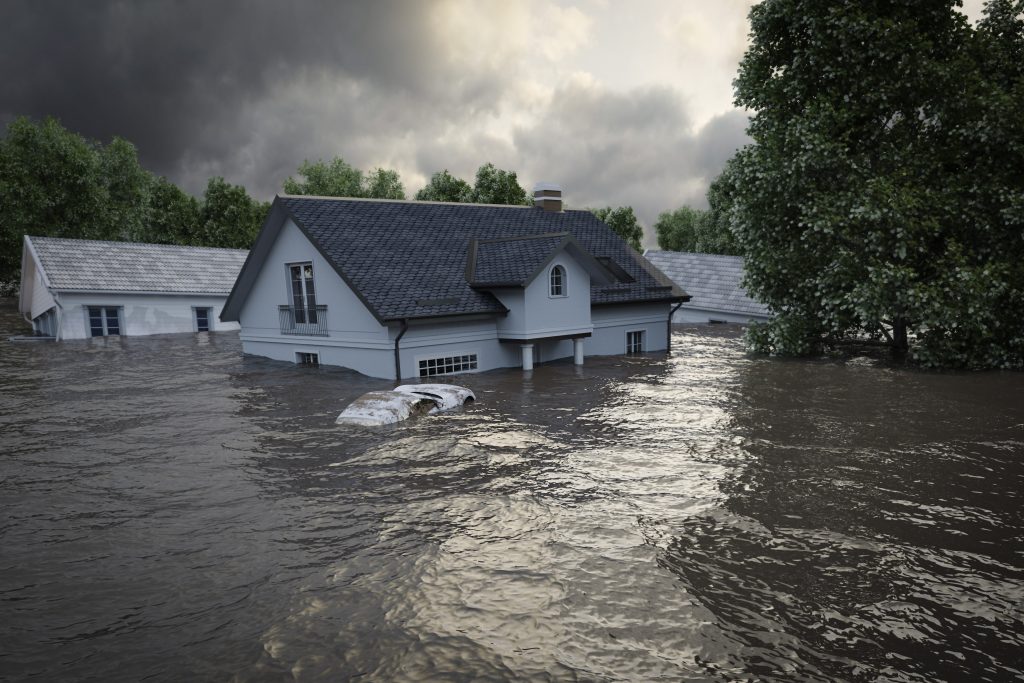 When you think of natural disasters, earthquakes and hurricanes and flooding are probably what pops into your mind first. Floods caused by severe weather events or faulty dam construction can cost lives and billions of dollars in damage.

The areas in the U.S .most vulnerable to flooding include around the Mississippi River, and in Texas, as well as along the Gulf Coast and Florida.

Here are the 14 worst floods in U.S. history:

When Hurricane Harvey hit, Houston, Texas wasn’t prepared for how damaging the rain and wind was going to be. There were 89 fatalities and 30,000 people were displaced. And all the damages cost $126.3 billion.

In the winter of 1938, five days of rain from two different storms led to the overflowing of the Los Angeles, San Gabriel and Santa Ana rivers which caused unprecedented damage at the time to homes, bridges and roads. There were 115 fatalities in all and the damage accrued cost about $1.24 billion.

Hurricane Agnes was a far-spreading hurricane hitting about 15 Middle Atlantic states. The worst hit though was the Wilkes-Barre Scranton area along the Susquehanna and Lackawanna rivers.

Too much rain in such a short time period during the year 1976 was the culprit when it came to the Big Thompson Canyon flood in Colorado. Over just a two hour period, about a whole year’s worth of rain came down on the area. The deluge caused a 20 foot wave of water to sweep through the canyon causing loss of life and lots of damage. There were 144 fatalities and damages cost $156.3 million.

In 2012, The Jersey shore and New York City areas received an unexpectedly powerful punch when despite being downgraded from a hurricane to a superstorm, Superstorm Sandy causes 233 fatalities and cost $88.4 billion worth of damage, even knocking out the subway service in New York City. A lot of multi-million dollar homes at the Jersey Shore were also damaged.

One of worst flooding of the Mississippi river occurred in 1927. The rising river swallowed up about 16 million acres of land and almost 640,000 people lost their homes. The damage extended all the way from Illinois to Louisiana. At some points the river even swelled up to about 80 miles wide.

It was in 1937 that unprecedented rain fall caused flooding along the Ohio River in Pennsylvania, Ohio, West Virginia, Kentucky, Indiana and Illinois. River cities like Louisville, Kentucky, Evansville Indiana and Cincinnati, Ohio, were the hardest hit with anywhere between 14 and 20 inches of rain, leaving parts of these cites under water. This also led to gas tank explosions and fire along the river as well.

Florida along the coast is another area that can see a lot of flooding. In 1935, a Labor Day Hurricane surprised the people living on the Florida Keys. Storm surges got up to 20 feet above sea level, destroying the railroad connecting the Key to the mainland.

When the St. Francis Dam failed because of integrity issues on March 12, 1928 what resulted was the second worst disaster in California, second only to the San Francisco Earthquake. The area experienced surges of 54 miles as it traveled out to the Pacific Ocean. There is no clear number from how many people lost their lives that day but it was around 400 to 600 people. The financial costs was about $291.8 million.

The more northern East Coast got hit by a huge nor’easter on September 21, 1938 that produced 47 mph winds and about 7 inches of rain devastating much of Long Island and parts of New England. Seven hundred people lost their lives and another 63,000 people ended up losing their homes. Physical damages cost $5.44 billion.

The flooding that resulted from Hurricane in 2005 is still causing ripple effects even today as people in Southern Louisiana, but especially New Orleans, are still dealing with the damage left behind. New Orlean’s system of levees and sea walls failed and 80% of the city flooded. The areas of the city hut the hardest were primarily poorer neighborhoods that were built below sea level. There were 1,833 fatalities.

Whole families were lost in the Johnstown, PA flooding on May 31, 1889 when several days of heavy rain caused the dam to burst. The water got up to about 89 feet above river level. Fatalities quickly rose to 2,209 people. The cost of damages was $12.6 billion.

On the southern shore of Lake Okeechobee, Florida in 1928, about 6,000 people lived in a farming community, There was a 5 foot mud dike to hold back the lake but during a bad hurricane it gave way and the resultant tidal wave decimated half the community. Fatalities ranged from 2,500 to 3,000 people and the financial cost was $1.5 billion.

In 1900 people in Galveston, Texas were not prepared for the high winds and 15-foot waves that hit the area causing the loss of 8.000 lives. Damages piled up to about $602.3 million.

These are the worse floods in U.S .history, but major flood waters from natural disasters and manmade mistakes can have devastating consequences in any community. Rebuilding takes a long time and the loss of life is something you never get over. While there is no way to completely prepare or prevent most of these events, if you live in a flood-prone area, you should put all the recommended precautions into place to protect your family and your property.

Some ways to prepare include:

For more tips and other helpful information, visit ready.gov.

This site uses Akismet to reduce spam. Learn how your comment data is processed.

What People Are Saying…

My kudos and congratulations to Mr. Leahy for designing The SpoutOff, a unique and truly useful product (if he is still with us). Unfortunately, now that I have found you, I have no money, but hopefully that is only a temporary setback. I'll keep your address where I can find it.

Protect Your Home with The SpoutOff

The SpoutOff helps protect your home from thousands of dollars in water damage. It’s affordable, easy to install and doesn’t require a ladder to maintain.